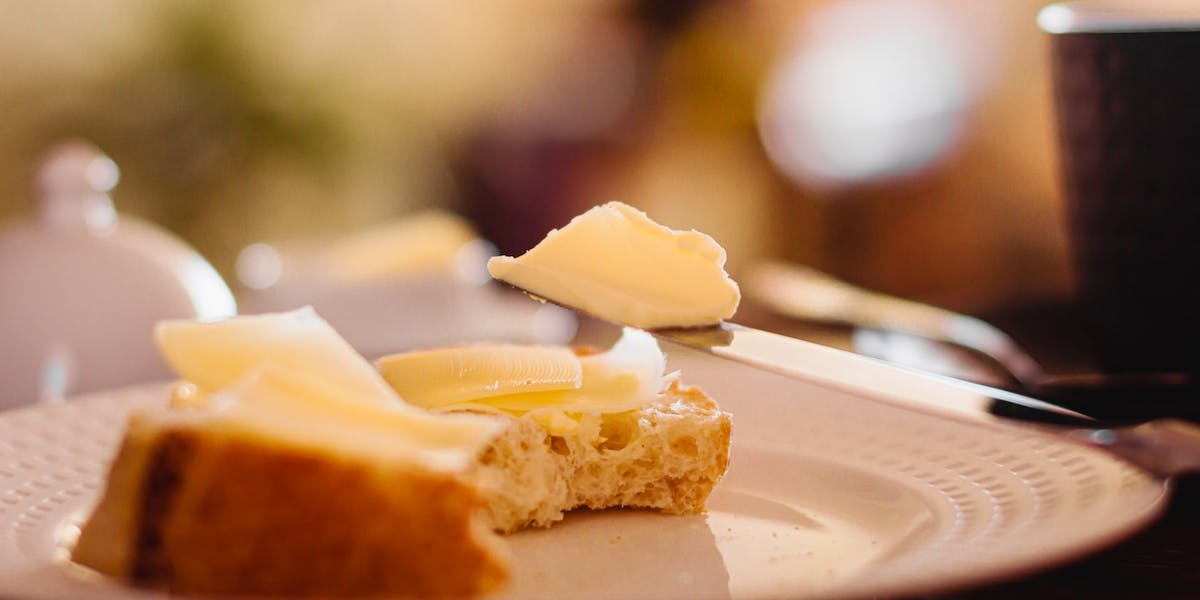 Wanting to spread a hearty chunk of butter on your sourdough, but not sure if it’s vegan? Keep reading to find out.

However, there are plenty of plant-based butter options that are suitable for vegans. If you fancy making your own, our favourite recipe is from our Food Editor, Val. Check it out here.

What is vegan butter?

Vegan butter is made in a similar way to the dairy version. A plant-based oil, like vegetable, coconut or sunflower has its fat components separated. The oil is often fortified with vitamins  A and B, and then butter is created through emulsification which, when cooled, creates the required consistency of vegan butter.

What is the best vegan butter for baking?

Our go-to vegan butter for baking is Flora – Flo, our Development Chef and trained Pastry Chef recommends this one because plant-based spreads loosen up well and take no time at all to take on the pale beaten colour of any dairy butter. You can also use a baking block such as Stork or Naturli, both of which are vegan and you won’t notice the difference.

Let us know your thoughts in the comments below.