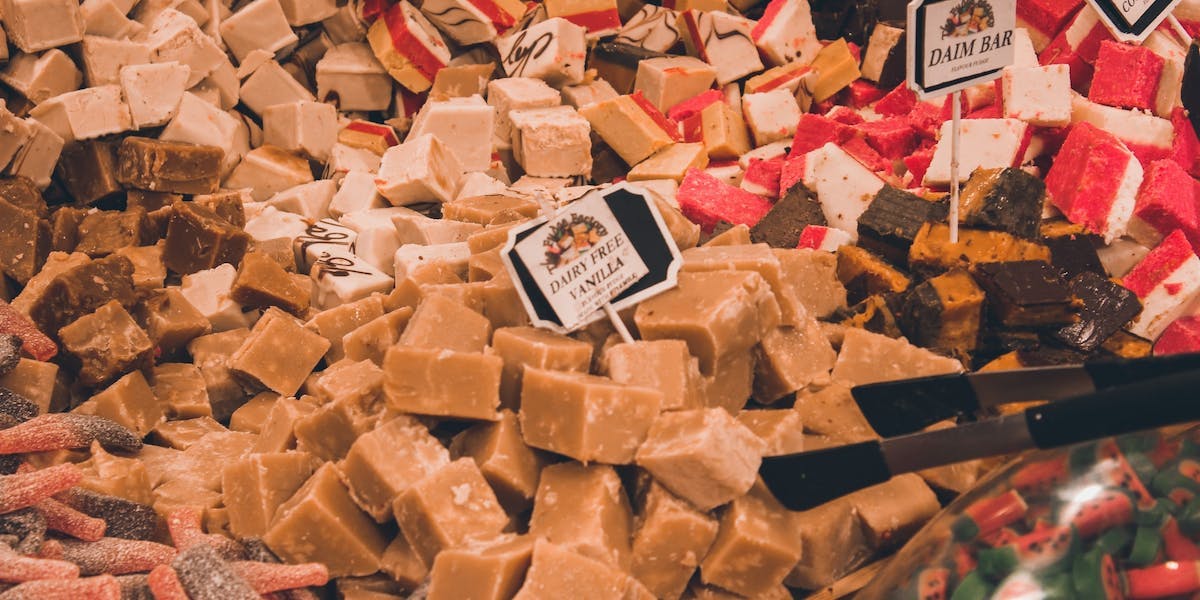 There’s something very special about seeing fudge being made in person that’s very enticing, but does this traditional form of sweet-making produce vegan-friendly confectionary? Keep reading to find out.

Fudge-making is a traditional method of producing chewy sweets that can be traced back to the USA in the late 19th century. It’s made by combining sugar, butter and milk that’s heated to 116 °C, beaten until smooth then cooled and shaped on a marble table.

Fudge can be flavoured in a number of ways, but the most popular seasonings include chocolate, fruits, nuts and clotted cream.

Traditionally no, fudge isn’t suitable for vegans as two of its three staple ingredients are dairy-based – butter and milk. However, it’s more than possible to make plant-based versions and these are widely available to buy and simple to make.

Keep your plant-based questions coming our way through the comments section below!