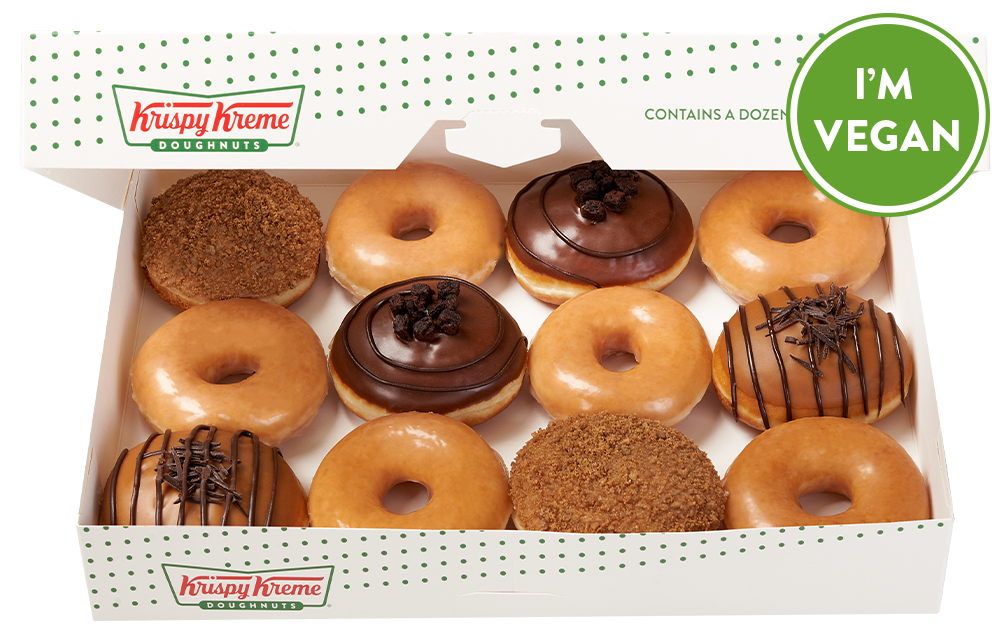 On December 31, doughnut chain Krispy Kreme will launch new vegan doughnuts at its United Kingdom locations. The chain is updating its menu in time for Veganuary, a campaign that challenges people to go vegan for the month of January and beyond. Typically, the Veganuary campaign results in many new product offerings and deals at restaurants and retailers across the world and Krispy Kreme is joining the celebration for the second year in a row.

“We are really excited to bring this range to customers and spread a little joy in January and are confident it delivers on the irresistible taste we are known and loved for whilst being accessible to a broader network of customers,” Louise Direito, Krispy Kreme UK and Ireland’s Head of Innovation, said in a statement.

Krispy Kreme’s new doughnuts are certified vegan by UK’s The Vegan Society and represent the first time that Krispy Kreme has offered a vegan version of its filled doughnuts.