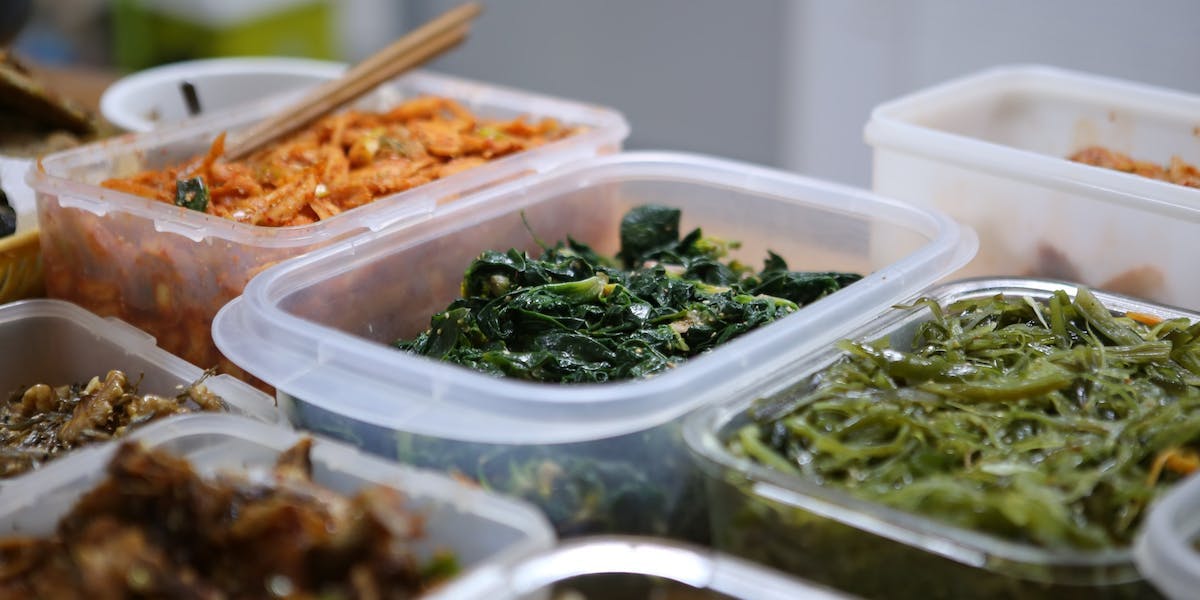 This traditional and flavoursome style of Korean rice dish can be as warming and complex in taste as any great meal. Keep reading to discover some of our favourite vegan bibimbap recipes for all moods.

Generally, bibimbap is made up of from a mixture of ‘burnt’ and soft rice, sorted vegetables which are known as namul, kimchi, gochujang paste, a fermented soybean paste called doenjang and traditionally topped with meat or an egg (but not in these recipes)!

The ultra-customisable nature of bibimbap lends itself perfectly to variety. That’s to say you eat each of the following recipes day after day and still be surprised with every mouthful. The dish has existed as a staple part of Korean cuisine for centuries and is still as vibrant and in demand as ever before.

This simple recipe from Korean Bapsang uses store cupboard ingredients that will come together in under half an hour. That means tasty bibimbap fast!

This hearty recipe from Jeremy Pang at The School of Wok pulls out all the stops. The large king oyster mushroom steaks are scored and marinated in miso, soy, ginger and garlic sauce before being fried in a wok and topping this vegan bibimbap.

This recipe from Lauren Toyota’s Hot For Food Blog boasts crispy gochujang cauliflower as its starring feature. This one’s another recipe that’s destined to impress.

Last but not least we have this warming recipe from Bianca Zapatka. It’s packed full of nutritious vegetables, smoky mushrooms and crispy tofu. It’s healthy, simple and delicious.

All that’s left to do now is decide which bibimbap recipe you’d like to try first!