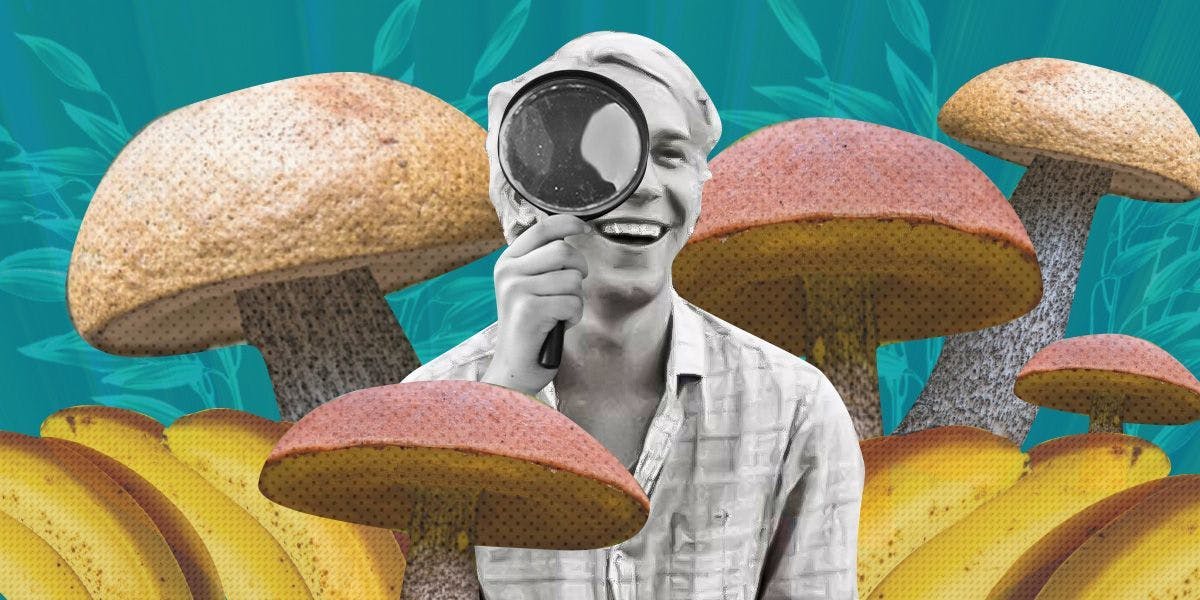 Power Of Plants: 5 Medicinal Mushrooms To Add To Your Diet

The world of fungi is as diverse and varied as any lifeform on our planet and they’re even thought to be responsible for life on earth as we know it It seems only fitting that this vast world of mushrooms holds properties that can benefit our daily lives.

From over 14,000 species of mushroom, we chose six to pique your interest – and before you ask, no, none of them are that kind of mushroom.

1. Reishi – for a strong immune system

The reishi mushroom thrives in tropical locations, which is unsurprising considering it’s native to the hot and humid parts of Asia.

Reishi’s best-known property is that it’s immune-boosting. Whilst some of the details are still unknown, studies have shown it may alter inflammation pathways in white blood cells which can help fight infection and even cancerous cells.

In Chinese, its name is lingzhi, which refers to its spiritual potency and essence of immortality where in Eastern medicine, it has long been regarded as a symbol of success, well-being, divine power, and longevity. It’s been recognised as a medicinal mushroom for a long time with references to it in ancient scripts dating back over two thousand years: often by Taoist monks to enhance their meditative practices.

Reishi can help aid weight loss, sleep, reduce fatigue, ease anxiety, depression and heighten focus. Its calming properties are due to the compound triterpene and it’s recommended to be consumed in tea or even as part of a chocolate dessert! Western medicine doesn’t see them as a cure-all, however, but does recognise their properties as more of a sidekick for your immune system.

2. Shiitake – to keep you fighting fit

Now, here’s a mushroom I bet you’ve heard of. Shiitake are one of the most popular mushrooms throughout the world, not only for their rich, umami taste but also their diverse health benefits.

Shiitake are fungi that naturally grow on decaying hardwood trees, like Shii, Chestnut and Oak, and are native to East Asia. They’re a brown-capped mushroom that’s so loved, it’s cooked worldwide as if it were a vegetable.

So, it’s more than likely that shiitake is a regular feature in your fridge and cooking, which is great news. Nutritionally speaking, shiitake offer high quantities of fibre, as well as a good array of B vitamins, and are particularly good for heart health.

Studies have shown this fungi’s positive effects on the focal absorption and production of cholesterol in the liver as well as maintaining good circulation and healthy blood pressure. Which all means that by adding a heaped spoon of dried shiitake powder to hearty stews and savoury dishes won’t just add depth of flavour, but it also might just keep you fighting fit.

Lion’s mane is known as the mushroom of the mind (no, not that kind of ‘mind’ mushroom, we said we weren’t going there…), so you won’t be surprised when I tell you that it helps support healthy brain function. Their scientific name is Hericium erinaceus and part of the tooth fungus group, native to North America, Asia and Europe, growing in clumps of dangling spines on dead or dying hardwood trees during the late summer and autumn.

Lion’s mane has been used in traditional Chinese medicine for thousands of years owing to its promotion of cognitive function and mental clarity.

The fungus contains bioactive substances such as hericenones and erinacines both of which stimulate brain cell growth, as well as even protecting against Alzheimer’s disease. It’s also full of antioxidants, like most medicinal mushrooms, which helps boost the immune system.

You can eat lion’s mane raw, cooked, dried or infused in hot water. Don’t be too alarmed if you start tasting seafood; it’s flavours are often compared to lobster or crab, which is why it’s a popular vegan-friendly meat alternative.

In Japanese, maitake means dancing mushroom; and legend has it that the fungus received this name after people discovered it growing the wild and danced with excitement because of its health benefits. In fact, during Japan’s feudal era maikate were used as a lucrative currency in exchange for its weight in silver.

As well as Japan, the mushroom grows wild in parts of China and North America too at the base of trees like Oak, Elm, and Maple during the autumn. It can be cultivated out of the forest too, but typically won’t grow as well.

The mushroom has long been famous for its health, vitality, and longevity effects. It’s historically believed immune-boosting benefits are still true today; in fact, research shows that they can help regulate our immune systems from their rich makeup of antioxidants, beta-glucans, vitamins and minerals all of which support healthy immune function.

If you’d like to add maitake into your diet, then you can substitute them for any type of mushrooms you may already be cooking within stews, on top of pizzas or even in stir-fries.

More commonly known as the caterpillar fungus, cordyceps are the go-to mushrooms for boosting energy and libido.

Cordyceps are a parasitic fungus that preys on insects and can be found growing on their larvae. You can find relatives of this fungus worldwide, but the majority of the species are native to Asia, specifically in the humid temperate and tropical forests of Nepal, Thailand, Vietnam, China and Bhutan.

This fungus was described as a treasure in traditional Chinese and Tibetan medicine books, noting their hundreds of varieties. Historical remedies saw treatments to improve energy, stamina, appetite and endurance.

Modern research has shown that cordyceps can help the body enhance blood flow and utilise oxygen more efficiently, making it a popular supplement amongst athletes and active individuals. It’s proved to aid performance and quicken recovery time. The fungus is also believed to have anti-ageing and lung capacity boosting properties.

For an athletic boost, it’s a good idea to add a spoonful of cordyceps powder to a pre-workout smoothie or snack.

Whilst it might not be an immediate overnight transition to work all of these guys into your daily diet, there are simpler ways to eat more mushrooms in general. You can always rely on our Three Mushroom Risotto for creamy arborio rice enriched with porcini and thyme, then topped with a garlicky medley of portobello, button and chestnut mushrooms, as well as toasted walnuts.