Quorn has launched its first product aimed specifically at children, having spotted a perceived gap in the market for convenient meat-free mealtimes. 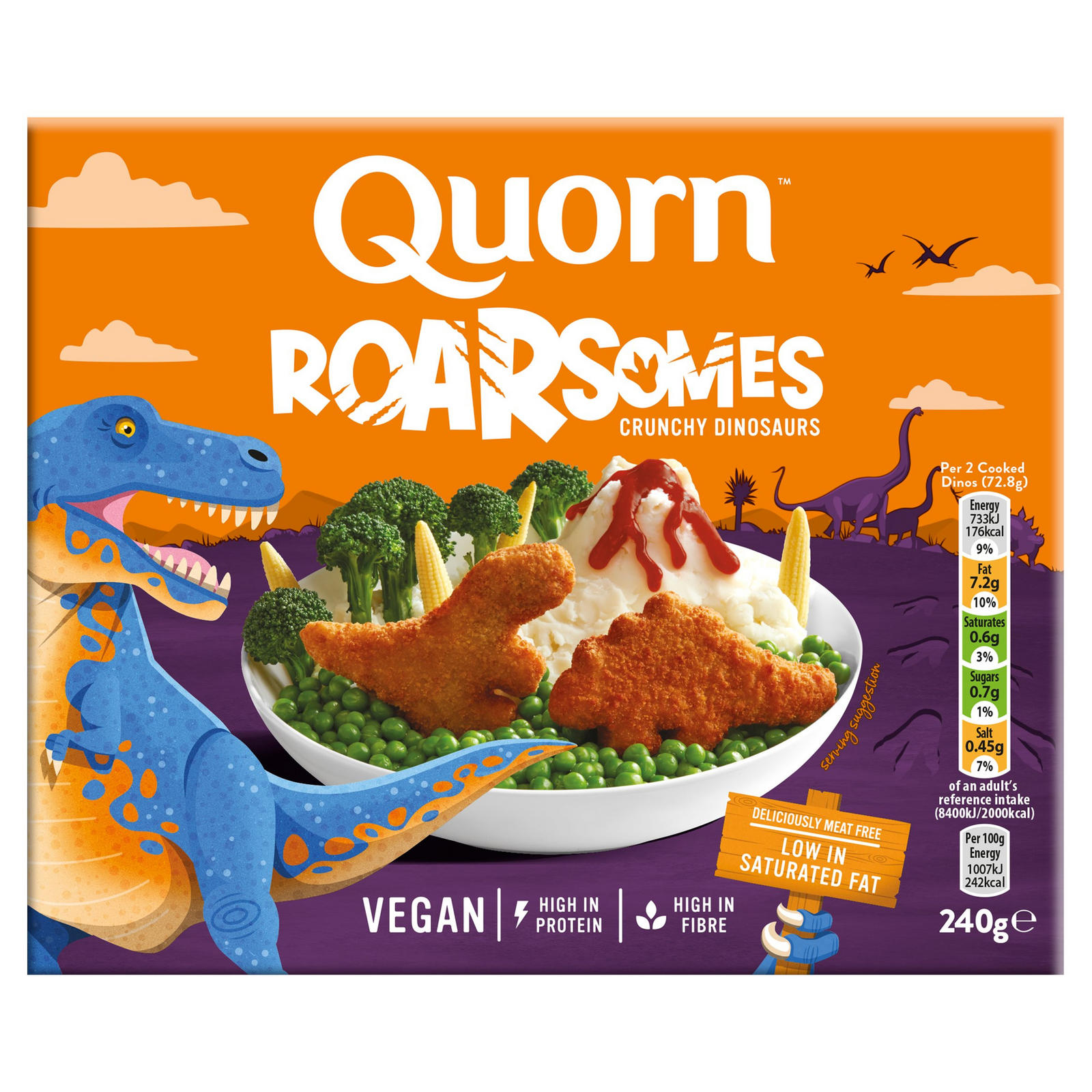 The new ‘Roarsomes’ are a modern spin of the classic Turkey Dinosaurs that were popular in the 90s, and is made from the brand’s signature mycoprotein base and coated in crunchy breadcrumbs.

The frozen NPD is set to begin rolling out into Iceland stores from next week with further listings set to go live during May.

According to The Grocer, the plant-based giant said the launch had been prompted by Kantar and IRI research that had revealed more than half of seven to 15-year-olds were eating nuggets every fortnight. However, Quorn said there were no meat-free options catering for these occasions.

Given further research conducted by YouGov in 2020 had shown younger consumers were driving growth in plant-based diets due to environmental concerns, Quorn added that it wanted to give them the opportunity to “play a big part in the change our planet needs”.

The company, which has seen sales soar in recent years, reportedly doubled its production capacity with the new facility. Moreover, it now creates 1,330,000 packs of vegan food weekly.