Try and think of the most unvegan thing ever, and I’ll bet that black pudding probably makes the top three. Black pudding is a distinct regional type of blood sausage originating in the United Kingdom and Ireland. It is made from pork or beef blood, with pork fat or beef suet, and a cereal, usually oatmeal, oat groats or barley groats.

So not vegan, right? Well, UNTIL NOW.

That’s right. Vegan black pudding is now officially a thing, which means that veganism has 100% taken over the world* *according to me. And there’s not just the odd option on the market. In fact, when shopping at The Vegan Kind Supermarket alone, you’ll be greeted with not one but THREE different vegan black pudding options. I am not even joking. Here they are in all their glory. 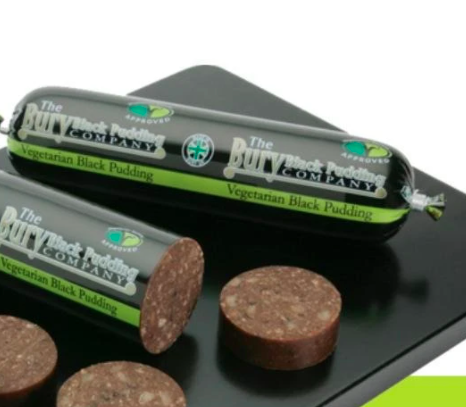 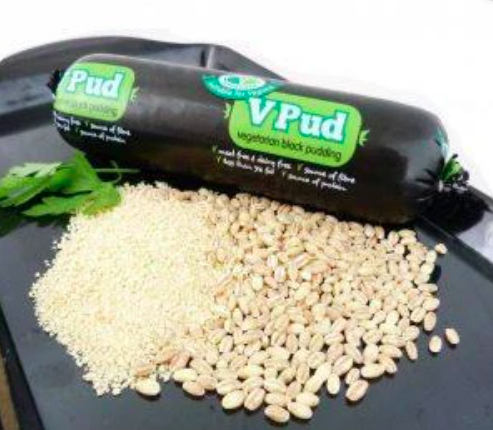 V Pud have created the world’s first vegan black pudding, and it is delicious! It has the same distinct flavour as traditional black pudding, yet contains no animal ingredients at all.

The V Pud is recognized by the Vegetarian Society and was voted its best breakfast product. It’s a source of fibre, protein, and contains less than 3 percent fat.  Suitable for home freezing. 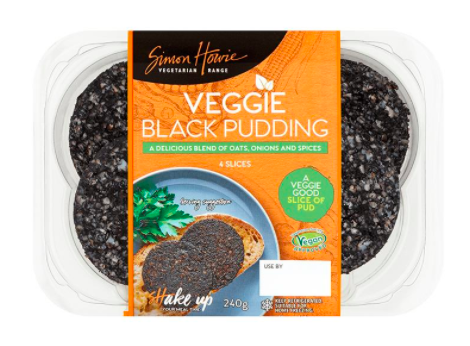 Delicious slices of plant-based veggie (and vegan) black pudding made from a blend of oats, onions and spices.

Would you try vegan black pudding? Let us know in the comments!