Veganuary 2021: Highstreet Vegan Launches You Need To Know About

Taking on Veganuary this year? You are in LUCK, as there are more plant-based options available on the high street, in supermarkets and in your mum’s cupboards (probably) than ever before.

In this round-up, we’ve listed the vegan launches we’re most excited about in the nation’s favourite high street restaurant and cafe chains. 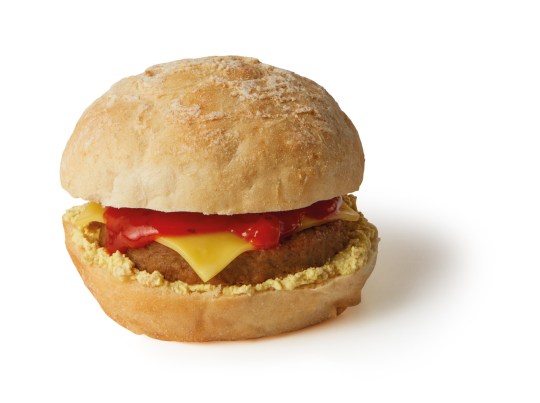 Following the exciting launch of vegan whipped cream to top your seasonal Pumpkin Spice Latte, Starbucks is unveiling some more vegan items for the new year. This includes a vegan Cheese & Marmite Ciabatta a game-changing Beyond Meat breakfast sandwich, first rolled out in the US, featuring a Beyond Meat patty, tofu scramble, relish, and vegan cheese. We’ll have 12.

Vegan chicken sub? Sign us up. We loved the Meatless Meatball Marinara, and now, Subway is treating plant-lovers with another vegan version of an iconic sandwich. The vegan T.L.C. (Tastes Like Chicken) Sub is available with slices of Violife vegan cheese. And for afters, pick up a Vegan Double Chocolate Cookie (or five).

Doughnut lovers rejoice – Krispy Kreme is finally rolling out its first vegan doughnut – the Original Glazed Vegan, which tastes just like the iconic glazed doughnut. Grab a dozen to yourself, zero judgement here.

On the 5th January, Pret A Manger will launch a whopping nine vegan items in-store and for delivery. The star of the show is the new Meatless Meatball Hot Wrap. Made with Meatless Farm’s vegan meat, the meatballs are coated with a layer of red tapenade and chipotle ketchup, seasoned with garlic and herbs, and topped with a sprinkling of crispy onions to pack them full of flavour. Old vegan favourites like the berry croissants (YUM) and the life-changing Dark Chocolate & Almond Butter Cookies will also be joined by a new Vegan Breakfast Baguette and a Vegan Hoisin Mushroom Wrap, too.

Delighting us with six new vegan dishes, this family favourite has something for everyone. With a vegan menu that boasts BBQ jackfruit bites, a ‘pepperoni’ pizza, a beet burger, a ‘meatball’ sandwich, red velvet hot cookie dough, and creamy Oreo cake, taking the family out to dinner has never been more tempting.

Tried any of the above, or have we missed something special? Let us know in the comments.