The Best Vegan Chicken Nuggets To Make You Feel 12 Again

We all know that nugs = hugs, no matter how old you are. So if you're looking for plant-based chicken nuggets, look no further. Here are a bunch of my favourites for when I want to channel after-school-dinner vibes.

And if you're wondering why vegans like eating fake meat, I asked some other vegan allplants team members to share their thoughts. Enjoy! 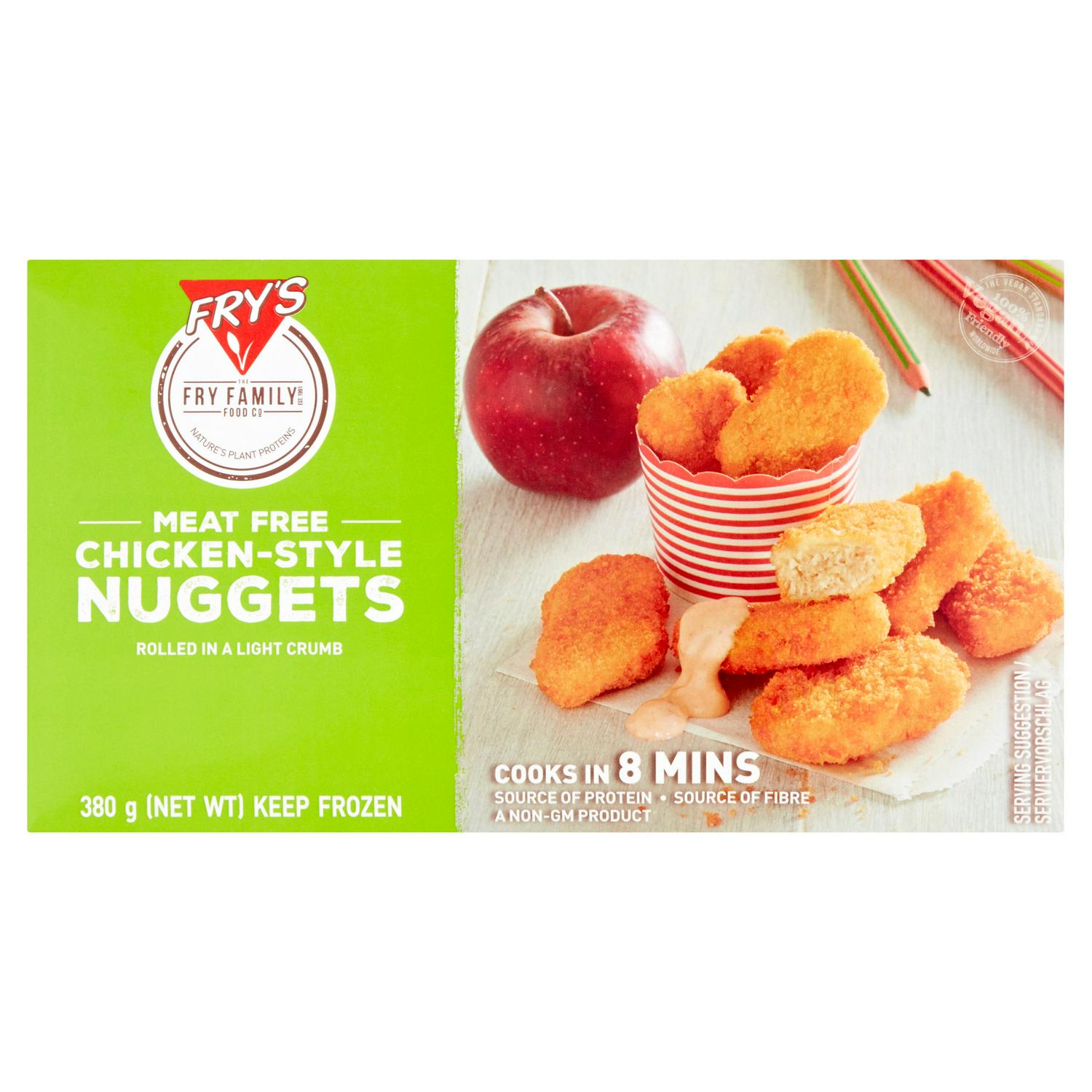 The original nuggets, still made with the same unique recipe, have delighted Fry’s fans around the globe. Serve with a crispy green vegan salad, or a selection of lightly steamed vegetables for a hot meal. For a hot cocktail snack, serve these vegan nuggets with a creamy dip or for a tasty treat, serve with spicy potato wedges or fried chips. 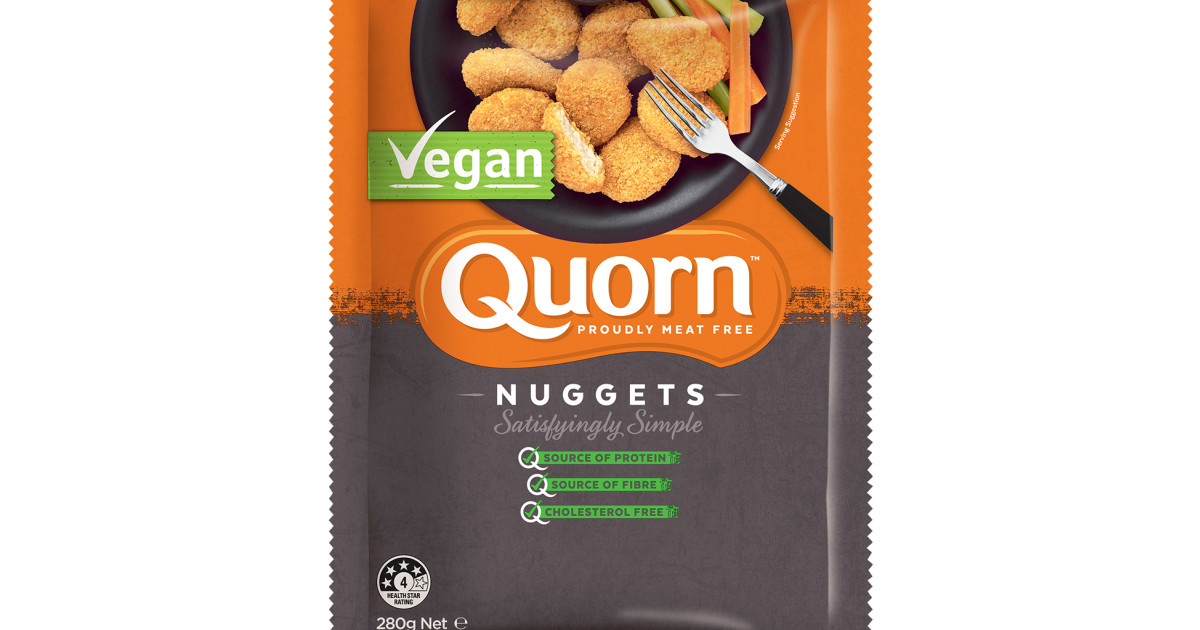 It wouldn't be a (very good) list of vegan meat alternatives without a shoutout to Quorn. At uni, I think these nuggets made up 75% of my diet, and I'm not even mad about it. If you want a solid plant-based choice, you can never go wrong with Quorn. 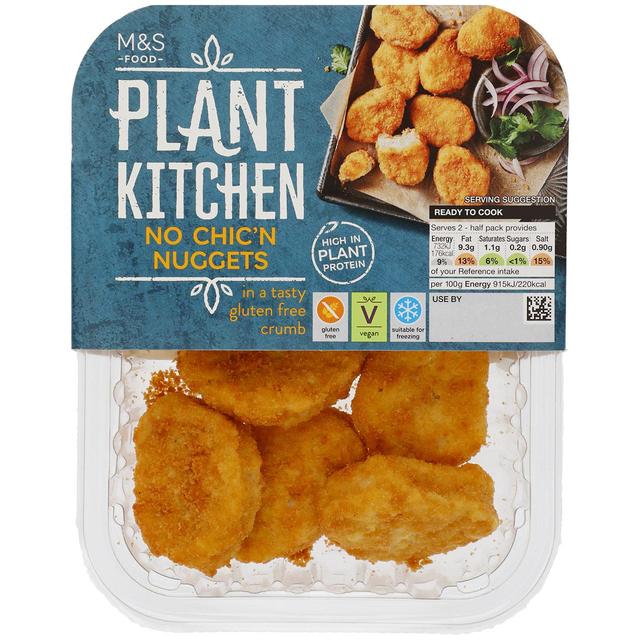 M&S Plant Kitchen, shut up and take my money, as always. There isn't one thing from the range that I've tried and have disliked, and I've tried a lot (not to brag). They're definitely at the pricier end of the spectrum, and the pack is quite small, but I still buy a pack every time I pass an M&S. 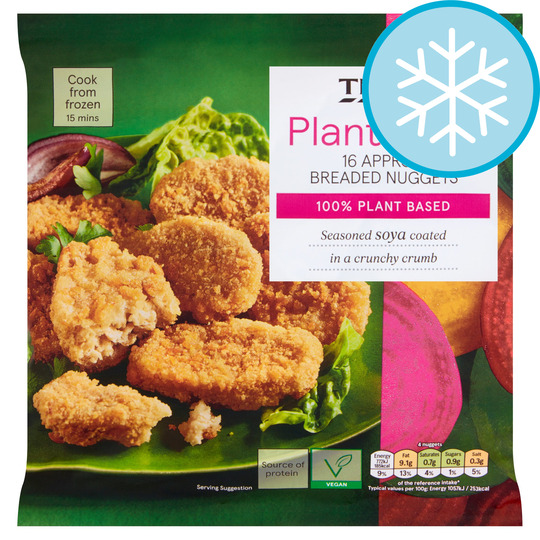 These guys don't have the *best* reviews on the Tesco website, but I liked them, so they've earned a spot on my list. If you want a cheap and cheerful option that is usually in stock unlike some of the others on the list which are a bit harder to find, in my opinion, you can't go wrong with these. 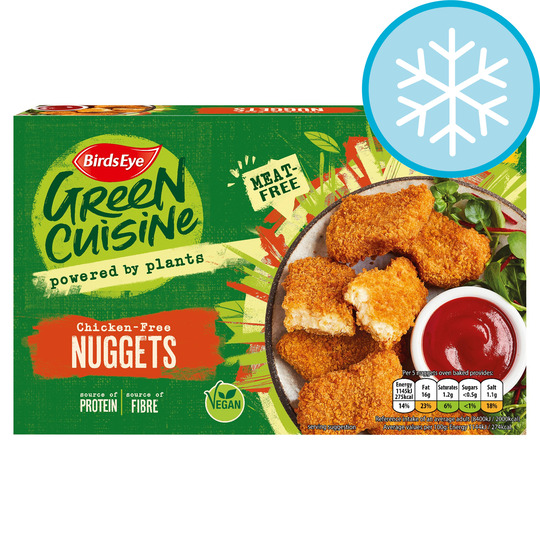 Birds Eye took supermarket freezers by storm when they brought out their plant-based range last summer, and the hype was warranted. These nuggets are my favourite product in the range, though the burgers and fillets are good too. (But who doesn't prefer nuggets? No one, that's who).

Plant-based chicken style pieces made from soya and pea protein, coated in breadcrumbs, we're huge fans of all the offerings from THIS at allplants, and these nuggets are no different. We regularly eat them in the allplants kitchen, and the cooking tray is usually surrounded by lots of 'ooh are you sure these are vegan?' and 'wow that's scarily like chicken'. So if that's your vibe, absolutely get your fill.

Do you have any recommendations for me to buy or try? Hit me up in the comments.