If you loved our vegan guide to Greggs and vegan guide to Costa, you’ll love this one. I’m back with a vegan guide to McDonald’s to share all the vegan options you’ll find on the menu in one of the world’s most popular fast-food chains. And our Head of Creative, Katie’s favourite restaurant. Do with that what you will.

Spoiler alert; the options here aren’t as great as the two mentioned above. But they are growing, and if you’re a Maccies fan, that’s something to get at least a little bit excited about. Enjoy. 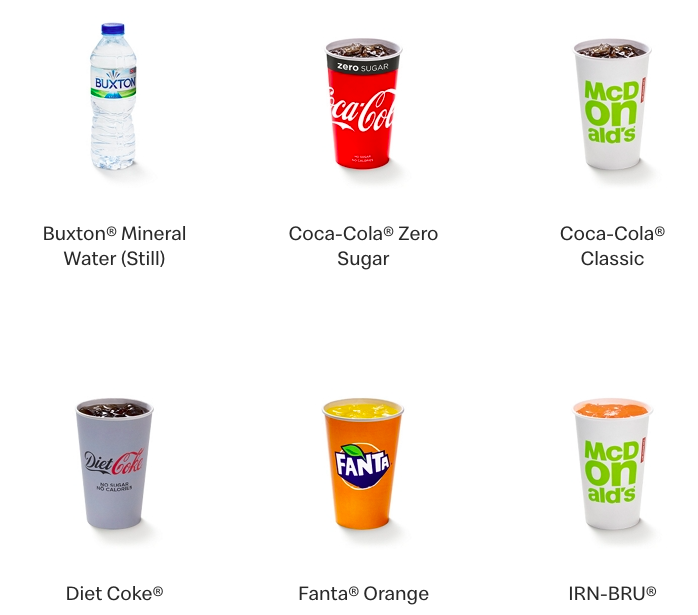 What drinks are vegan at McDonald’s?

If you’re thirsty at Maccies, you’re in luck. There are plenty of vegan drinks on the menu, including:

What food is vegan at McDonald’s?

Though let’s face it, you don’t go to McDonald’s for just bottled water, do you. Though if you do, please let me know in the comments so we can talk.

So, what can vegans eat at McDonald’s? 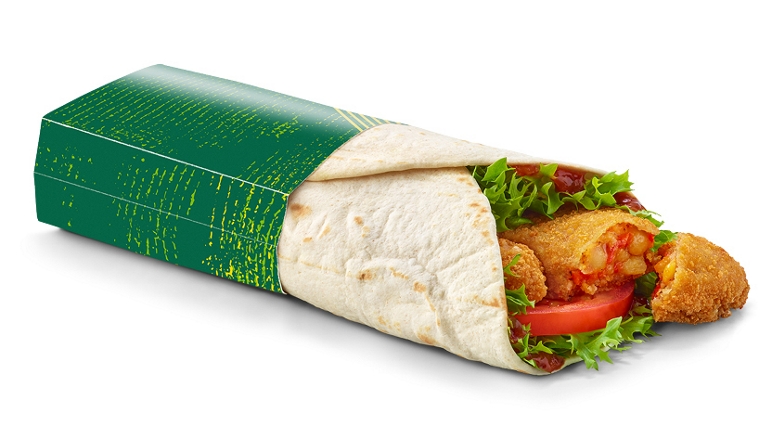 The Spicy Veggie One

Red pesto veggie goujons with spicy relish, tomato, lettuce and red onion in a soft, toasted tortilla wrap. Grab this every Monday for just £1.99 as it’s the wrap of the day. Bargain. 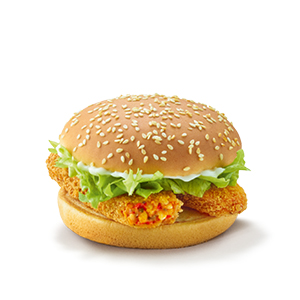 Enjoy veggie goujons sandwiched in a sesame seed bun with lashings of lettuce. Just make sure you ask at the till for the staff to hold the mayo as this isn’t vegan. 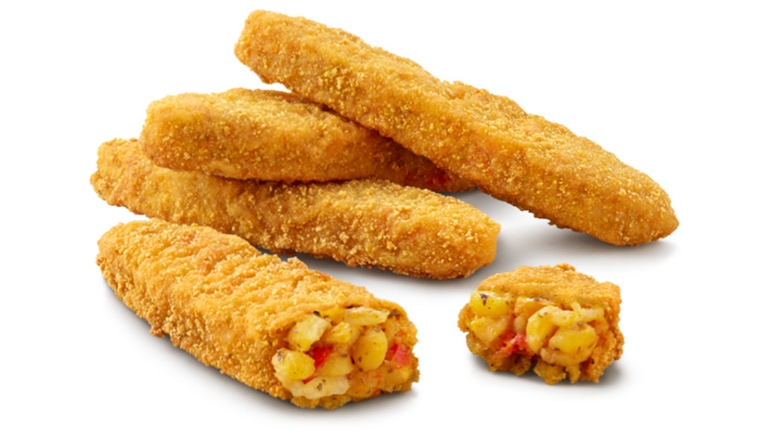 When these first came out, they divided the office and it was tenser than England penalties. Love them or loathe them, they’re vegan and are a great alternative to chicken nuggets (Katie would disagree, but she didn’t write this so it’s ok). 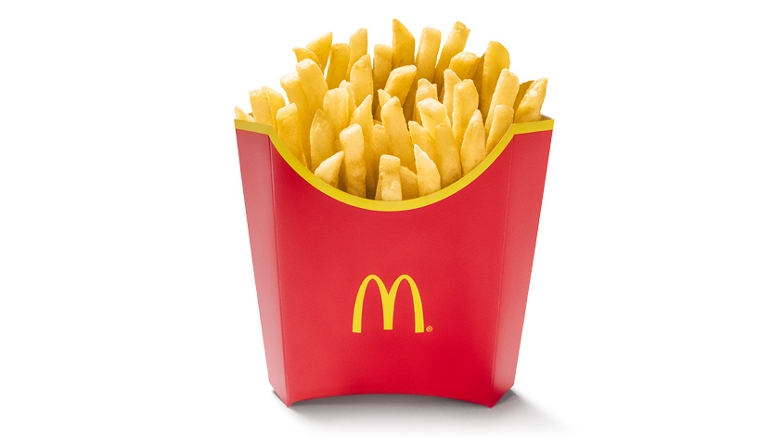 Hallejuah, McDonald’s fries are vegan. On their FAQ page, McDonald’s responded to a question guaranteeing that the fries are not coated in any animal fats or flavourings. 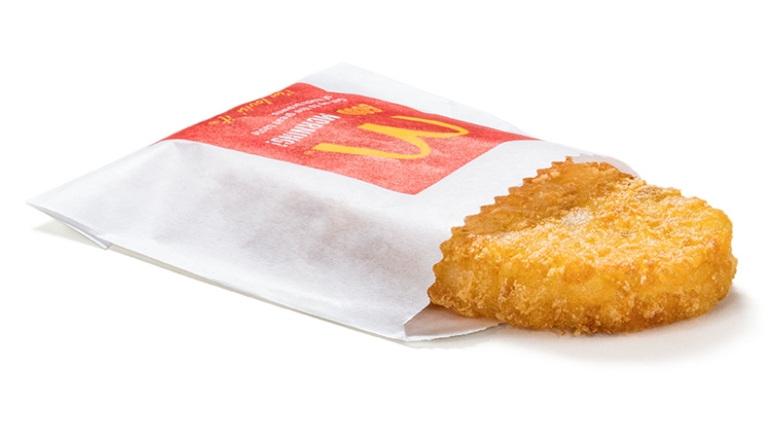 Likewise, the world’s best hangover cure is vegan, too. There’s currently no other breakfast item that’s vegan friendly, so we’ll cling to this guy for dear life.

We all know that fruit is a vegan or vegetarian’s best friend when eating out. So you’ll be pleased to know there are two options for this at McDonald’s.

The question I know you’ve been waiting for. As mentioned in this blog post, this one is a slightly complex one to answer. Whilst all of the pie’s ingredients are vegan-friendly (including the crispy pastry casing) the oil that is used to fry the pies can’t be guaranteed vegan-friendly.

So there you have it! What’s your favourite treat on the McDonald’s vegan menu?